Lugano is an Excel add-in, accessed through the Excel ribbon. Lugano runs offline on your local computer. All of your data and metafiles are saved on your own drive. This means that your working speed is influenced by your computer’s available memory and processing speed.

Lugano will work with your existing custom-made solutions. Lugano helps enhance and bulletproof your models, preparing you for more complex but unknown future scenarios. 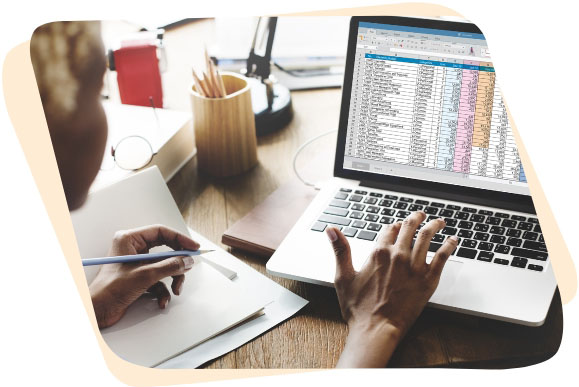 Once Excel is launched, a multi-functional scenario form is opened. You’ll use this form to create versions, then build and run scenarios.

Scenarios are created using an intuitive drag and drop, hot-key based context menus with navigation tools to find ranges and source data.

To create a scenario, you update selected cells in your model with the new version data. Then, select the range you have updated and use Lugano to capture the version data.

Once the desired versions are captured, select the versions and add them to your scenario.

Continue adding versions until all the scenarios are completed.

Reporting commands are added as desired to track, report and chart all the changes you wish to monitor during scenario execution. Reports consist of charts or the ranges of values you select.

During execution, the version values or formulas are added back to the model. The reporting data is updated, and reports are created. Each version is a step, and your data changes (values and formulas) may be recorded after each step.

Scenarios can be edited, copied and repurposed. Versions and commands can be moved and updated. Scenarios can call other scenarios as subroutines.

Your version data is saved in workbooks where it’s easy to access and review. The scenario structure and version properties are saved in separate metadata files.

Let Lugano do the hard work for you.